We sincerely believe that when we take the time to truly care for ourselves, we ignite our capacity to care for others and ultimately our world... Visit Website This is where inspirational leaders, visionaries and game changers in the fields of health and wellness, mind/body medicine, spirituality and more come together to share their wisdom with you! Listen Now 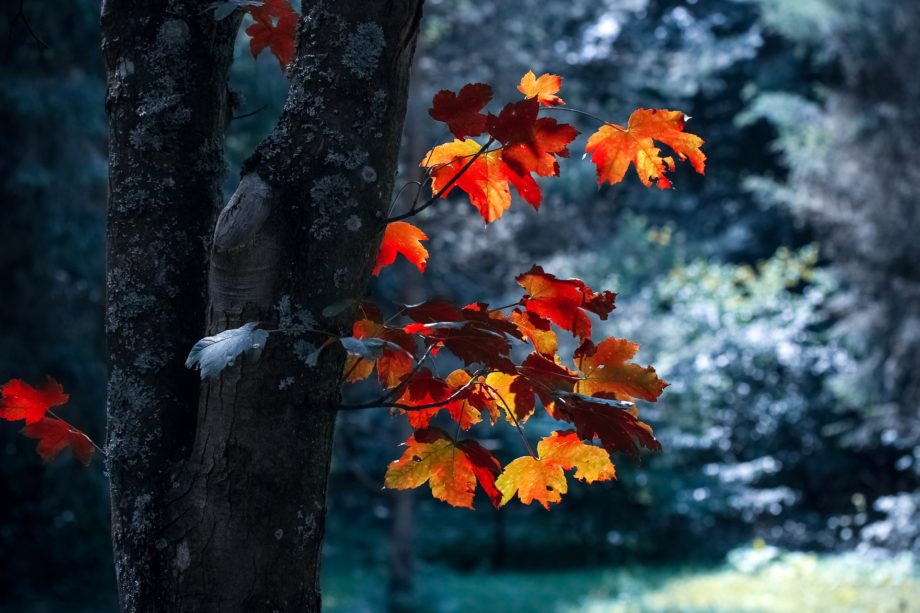 As I study and review the materials on the chakras I am continually fascinated by how this model of understanding  human development translates into everyday real life experiences and the challenges we face. Anodea Judith, Ph.D. is one of the leaders responsible for bringing the chakra model to North America. She notes in her book Eastern Body Western Mind, “a chakra can be blocked due to childhood traumas, cultural conditioning, limited belief systems, restrictive or exhaustive habits, physical and emotional injuries, or even just lack of attention.” When we don’t allow ourselves to process emotions fully, that charge of energy that is working through our body becomes stuck and is stored within, causing blocks in our energy channels.

I will be focusing specifically on the sixth chakra: Ajna, which includes the eyes, head, pituitary gland and lower part of the brain. It is located in the centre of the forehead and is associated with seeing clearly, clairvoyance, imagination and intuition. The element connected to this chakra is light.

As I reviewed the content describing the 6th chakra, I recalled an awakening of my own many years ago. I have sat in on 10-day silent (vipassana) meditation courses five times to date. I first began attending a vippasana centre in Ontario in 2010, and my last visit was when I was 6.5 months pregnant with my second child in 2016. Though each course held different challenges and gifts for me, there was an incident that occurred during my very first course that relates to the 6th chakra.

It was December 2009 while I was going through a divorce, struggling financially to make ends meet, had moved back to my parent’s home with my 3 year-old son at a time, feeling unsupported, broken and lost. I worked two jobs: managing a yoga studio and teaching yoga; and I had also returned back to University part-time to continue my studies in Philosophy and Psychology.

It was the Christmas holidays and since my son would be back at his father’s for the two weeks, I had planned in advance to make my ‘holiday’ an opportunity for further self study. I was devoting this time of my life to better understanding myself in order to better myself and how I functioned in life. My incentive was my child. I wanted to become a better person for him.

As an introvert, I welcomed this time of retreat. And with limited finances at that time, it was comforting to know that all my accomodations would be taken care of for the duration of the trip by the generousity of past participants, until I would be in a position to contribute to support other students.

I went into the experience not knowing too much about vipassana. And I have to say that the most fruitful and rewarding of my experiences attending yoga and meditation trainings and workshops, have been ones that I’ve gone into with very little expectations; led instead by a sense of curiousity and openness, looking to experience and understand things as they come. It was during my work shift at the yoga studio that a gentleman walked into the studio asking if we sold meditation benches. And it was through him that I learned of vipassana. He stated that this would be his first time attending and that he had heard that the experience was a life changing one. I’ll admit, the 10-days of long periods of sitting was a bit daunting to me. However, I was going through such a dark period in my life that I was willing to try almost anything to feel better. I wanted to figure out how to live my life without feeling broken. I needed to show up more wholeheartedly and balanced for the sake of my child who looked up to me daily.  My little guy was my greatest motivation in wanting to open up my eyes to a different way of being and interacting with the world.

The Ontario Vippasana Centre is set within the beauty and simplicity of nature. There was prestine quiet, only gongs were sounded to signal wake up calls every morning at 4am and again throughout the day as we transitioned from sittings, breaks and meals.

I had worn my prescription eyeglasses for the drive up to the centre.  My eyeglasses had helped me to see clearly during driving as well as enabled me to read off of lecture boards since commencing college.

During the first few days at vipassana, I recall walking through the woodsy trail up to the river bank and looking past onto the trees in the far distance. Being without my glasses during the days, the branches and fallen logs and leaves in the distance were blurry and hard to see. Days and nights passed as I continued to sit and be with all the physical discomforts and the rampant thoughts of the mind (who says that silent retreats are quiet? The thoughts, once given our full attention, become so incredibly incessant and loud!). Occasionally there would be moments of peace and stillness, though as soon as I became aware of it’s sweet taste, the thoughts would come rolling back in with a vengeance. As we sat with our eyes closed, I also ‘saw’ a light beaming in on a couple of instances, this was apparently not uncommon for meditators to experience, I learned.

It happened on the 6th day of sitting. I was out for my usual morning walk on the trail heading to the edge of the river bank to lean on my favourite sturdy tree.To my unexpected surprise, I took one look onto the other side of the river bank and with great clarity I could see the outline of the trees and branches in the far distance. I noticed the textures of bark on a few standing trees, and even noted the individual leaves that longed to hold onto their beloved source.  And the colours! The colours were so bright and vivid! As if the light had come through and the haze had lifted from my sight. The vibrancy of the physical beauty that surrounded me was breathtaking and actually made me giddy with delight! My vision was completely restored! Though the vibrancy of colours varies based on how I’m feeling and if I’m taking time away to rest and meditate, to this day I continue to enjoy 20/20 vision.

Aside from the improvement of my physical vision, I came back to my daily affairs with a fresh set of eyes. On my way back from the centre, I actually drove into my parent’s driveway and burst into tears at the realization that they too are doing the best they can based on their limited tools, know-how and experiences. At my son’s school, I met his teacher’s deep concern for episodes of misbehavior with genuine compassion for this little being as well as the other children who were involved. I was able to clearly devise a practical how-to plan to work to better meet my son’s needs. I felt a natural deep care and connection to not only my own child but to all of our collective children who need our love, attention and protection. I attended court dates set up to dissolve my marriage with an appreciation to all those who showed up along the way to assist me with the process.  What in the past would rattle, disappoint and irritate me, no longer had the same impact on me. I began to walk through life with a certain sense of clear seeing while knowing the bigger picture. This was quite a leap from trying to constantly make sense of things through rationalizing and intellectualizing or just feeling numb and lost.

I was gifted a new sense of calm amidst much stormy weathers. This response to the vicissitudes of life granted me insight into what was possible; how I could see and function within my life. Though this level of clarity and the ‘seeing’ of a bigger picture that I speak of fluctuates from time to time within my life, thanks to such experiences, I am now fully aware of when I’ve shut down and neglected my 6th chakra.

My personal experience of having had an awakening of the 6th chakra meant not only the ability for improved physical sight but also a great INsight into seeing things as they are. Without the added drama or the “would’ve, should’ve, could’ve’s” being imposed on any particular circumstance, life becomes simpler, more manageable and just more enjoyable. Blocks still come up from time to time as old patterns resurface and/or I experience major life stresses. However, having knowledge of the chakra model, one has yet another tool in one’s tool belt to be able to show up to life with greater capacity to hold, and process all experiences.